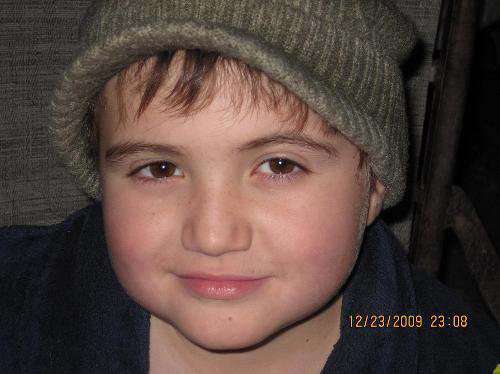 It was a normal weekend, so I thought. It was June 30, 2007 and we were getting ready for our big 4th of July fireworks party. Zackary had a low grade fever on Saturday and it continued on Sunday. We took him to our pediatricians after hours office, where the doctor advised it was just a virus. He had no other symptoms, other than this fever that would go away with Motrin and come right back after 8 hours. The next morning, I decided to take him to his pediatrician. I am often made fun at (or thought to be crazy) for my desire to take Zack to the doctor for every little thing. Thank God I am crazy, it saved my son’s life.
Zack’s pediatrician also thought it might just be a virus. He asked if there were any other symptoms, I said no. I did share that he had a cough 3 weeks prior. His doctor wanted to be thorough so he decided to get a chest x-ray, just to be sure there was no sign of pneumonia. Zack and I got the x-ray and returned home for what we thought would be a normal afternoon.
A couple of hours later, his doctor called and asked me to return to the office. He said something looked different on the x-ray and he wanted to review it with me. I called my husband immediately and he met me at the doctor’s office. His doctor referred us to a pulmonary specialist at All Children’s Hospital. That afternoon, we were seen by the pulmonary doctor who immediately scheduled us for a CT scan in the morning. His review of the x-ray led him to believe that there was a mass in Zack’s chest; he needed the CT scan to confirm.
Within 24 hours, our world had been flipped upside down. After the CT scan, we were directed immediately to the All Children’s Oncology Group. We were admitted to the hospital that night, a biopsy of the mass was taken and confirmed to be malignant the next day. Happy 4th of July.
The days that followed were filled with a long hospital stay and various test. His bone marrow biopsy confirmed that he had blast in his marrow, leading to his diagnosis of T-Cell ALL (Acute Lymphoblastic Leukemia). Thankfully, all other test results were normal, including his blood work. The mass in his chest was a result of the ALL.
Now what? We entered a world that we never knew existed. A world where no parent ever wants to be. A world where your priorities change, and the things you once thought were important are not important at all. A world that is REAL and filled with so many brave children who fight this disease every day.
We are in the early stages of this journey and we know we will make it through. It will be a long walk, about 3.5 years of treatment. We will take one day at a time, and be thankful for each day. On the days we can not walk, we will stand. We get through each day by our faith in God and all the prayers that are being said for Zack. We feel alone, but we know we are not.
Zackary was in remission by day 29 and we plan on keeping it that way.